True Story: My Daughter Has Autism 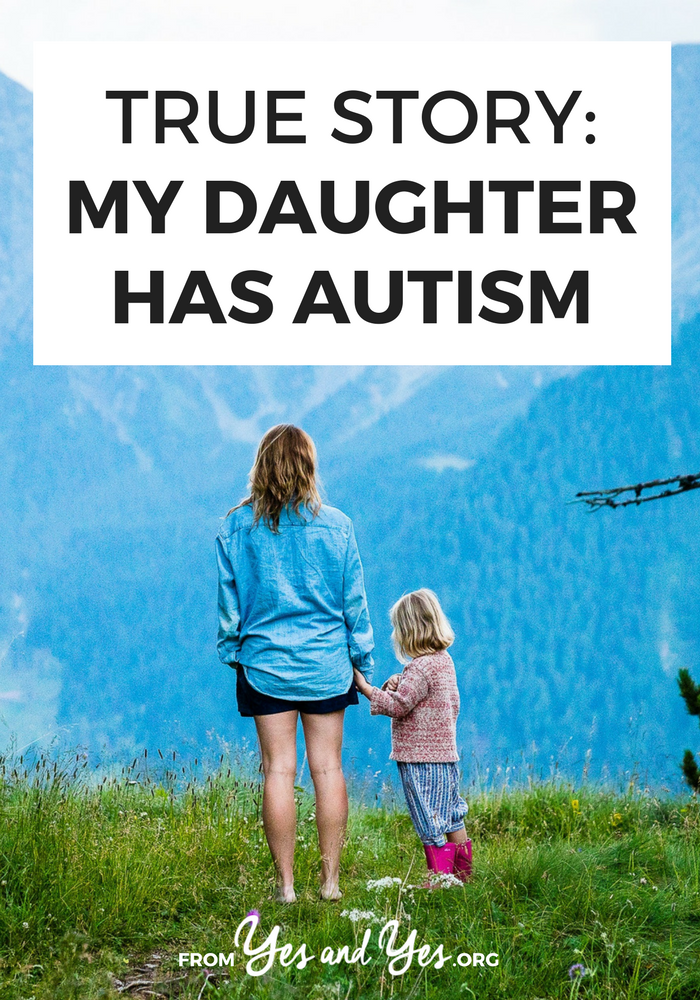 Tell us a bit about yourself!
My name is Rachel. I turn 30 this year and I’ve been in the Twin Cities since 2005. I work at an insurance agency in the commercial lines department. My free time is somewhat limited, but when I have a couple moments, I read. It’s something I especially love to do with my daughter, Lily!
When did you realize that your daughter was different from other children?
This is a tricky question, because when it comes to Autism, there’s a lot of denial. If I’m really honest with myself, I think we first suspected (at least subconsciously) that something was different with Lily around the time that speech is expected to be reached.
Our situation was somewhat unusual at that point in our life: mine and my husband’s work schedules allowed for us not to need daycare. We weren’t conveniently located to friends or family, and because we literally ALWAYS worked, we had absolutely no social life and were somewhat isolated.
Since Lily was able to express her needs to us- or, at least, we were able to understand her, we assumed that the fact that she had a limited vocabulary was circumstantial. Plus she was hitting all other developmental milestones at the right times.
We even expressed our concern to her pediatrician around the age of 18 months. But because there was enough wiggle room at that age, when her doctor advised us just to keep an eye on it, that’s what we willingly did. When she was three we relocated and (because my work situation changed) Lily’s involvement with other kids her age changed.
We couldn’t ignore the fact that, at the age of three, she wasn’t speaking on par with kids who were two. That’s when we made the decision to pursue professional involvement. A lot of the other telltale signs (avoiding eye contact, repetitive behaviors, etc.) developed later.
How did you feel when you heard her diagnosis?
Initially it was anxiety, anger, shame, frustration. People are afraid of what they don’t understand. We had heard the word “autism” tossed around and pictured Rain Man or assumed it was the new “trendy” illness. But as we learned more about it (and we are still learning- we will never stop learning) the more accepting of it we are.
Lily just perceives the world differently. Once I acknowledged that, I was able to move forward and make Lily’s life as happy and comfortable as possible.
Where does your daughter fall on the Autism spectrum?
She is considered somewhat high functioning. She talks- a lot of it is echolalia, but she is getting better at communicating in a more typical way. She has sensory issues. Certain sounds can set her off into a meltdown (crying babies for example).
She’s very affectionate, which I’m extremely grateful for as a lot of people on the spectrum have tendencies to not want to be touched. She loves animals- especially our two cats, Steve and Ben. She loves to help her Daddy cook and bake: she’s really good at it too!
How are you dealing with/treating her Autism?
Lily isn’t on any medications at this point in her life. She goes to a public preschool for about three hours a day, four days a week which has replaced her Speech and Occupational therapy which we originally were doing through her doctor’s office. Her teachers and Paras have just been amazing to work with. We’ve been so lucky to have them.
We’re also exploring other options like potentially getting a service dog. There are some great organizations out there who train autism assistance dogs. So we’re hoping to be able take advantage of that at some point.
How has your daughter’s diagnosis affected the rest of your life?
I never imagined that I would be the parent of a child with special needs. I’m fortunate that the office I work in is extremely understanding. I’m tremendously grateful for that. My husband and I realize that we have more challenges than some families will, but we don’t feel sorry for ourselves or anything.
We’re like any other mom and dad in that our goal at the end of the day is to make sure that Lily knows beyond a shadow of a doubt that we love her unconditionally and that we are proud of her because she is an amazing person.
What do you think adulthood will look like for your daughter?
I’m not sure. At this point, there is a possibility that she may live with us longer than most people would. I feel that we (as a society) are making a lot of progress with the overall acceptance of what Autism is, so who knows? There is no doubt in my mind that Lily will be just as awesome as an adult that she is as a kid.
Do you have other children? If so, how has your daughter’s Autism affected them?
We don’t have other children- Lily is all we wanted! 🙂
What advice would you give to other parents whose children have just been diagnosed?
Definitely get as much support as possible as soon as you can. Accept that it will be a challenge, but know that the rewards are tremendous. Autism isn’t a death sentence- it’s just a different route.
Thanks so much for sharing, Rachel!  Do you guys have any questions?  Do any of you have  Autism or friends/family with Autism?

P.S. Other true stories on family: my mom has an intellectual disability & my husband used to be a woman.

Photo by Simon Rae on Unsplash