This is one of many True Story interviews, in which we talk to people who have experienced amazing/challenging/interesting things.  This is the story of Jamie and her hobby of taking part in historical war reenactments. 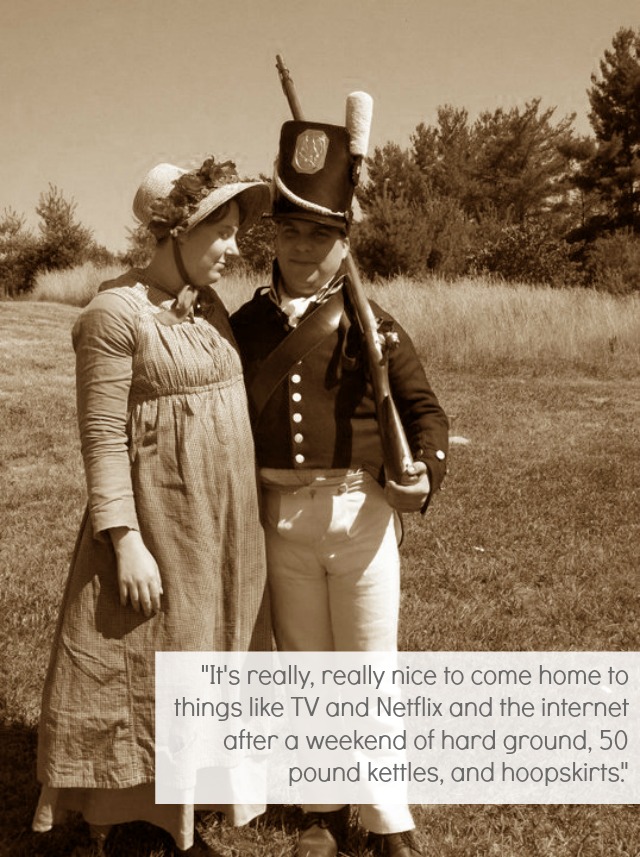 Thanks so much for sharing, Jamie!  Have any of you guys taken part in reenactments?  Do you have any questions for Jamie?