True Story: I Lost My Sister to Domestic Violence 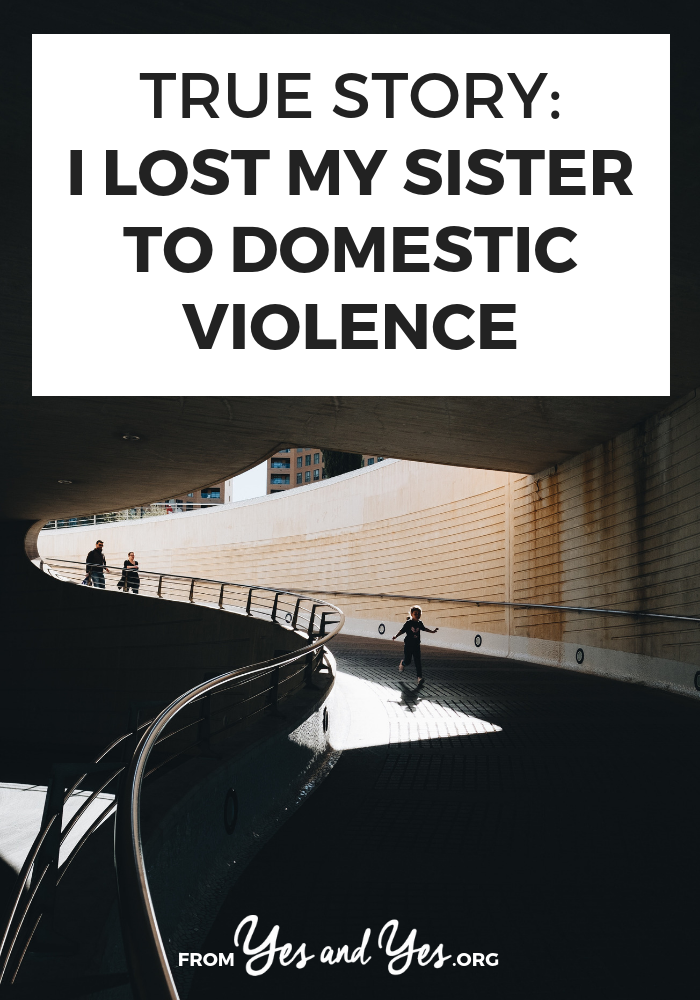 What’s it like to lose a family member to domestic violence? Do you ever stop being angry? How do you navigate that grief? Today, Tracy shares the story of her sister Larsen who died from domestic violence.
Can you tell us about your sister?
Larsen was 25 and worked at Tampa General Hospital as a NICU Nurse. She loved her work and loved that she was doing something worthwhile. As a single mother, she devoted her life to finding a cure for her autistic son, Aidric. She spent countless hours doing research, taking him to doctors and therapy.
She had him on a gluten-free casein-free diet. Her dream was that Aidric would grow up to be a functioning adult. In fact, her drive to be a nurse stemmed from chis autism and the hope to go into a specialized field to not only help her son but others.
She was an amazing person. She was a force of nature that drew you in and drove you crazy! She was incredibly beautiful, kind, funny. She had a contagious personality. She could make me laugh like no other person on the face of this earth. She was my best friend and confidant. I never had to worry about doing or saying the right thing, I could just be when I was with her.
She supported me and always wanted the best for me. She had a very special relationship with both of my children and they absolutely adored their Aunt Lar-Lar. She had a ton of friends and people just wanted her around because she could light up the room. She has touched more people’s lives in her 25 years that most people ever will. She was special and way too perfect for this world.

Can you tell us about the man who did this?He owned a barber shop where my sister took her son to get his hair cut. He wooed my sister for a good six months before she agreed to go on a date. They were only together about seven months and the very first time he became violent with her, she grabbed her son, left and never looked back.

She filed for a protective injunction immediately after and got it. During the injunction process, his background came out. It turns out that two other women had restraining orders against him and he had a list of charges against him, including cocaine trafficking.

Were you aware that she was having trouble with him?

The relationship wasn’t like that. He was a con artist. We had him around our family, we met his on many occasions. He was a little shy and stand off-ish but he was great with the kids and Larsen seemed happy. 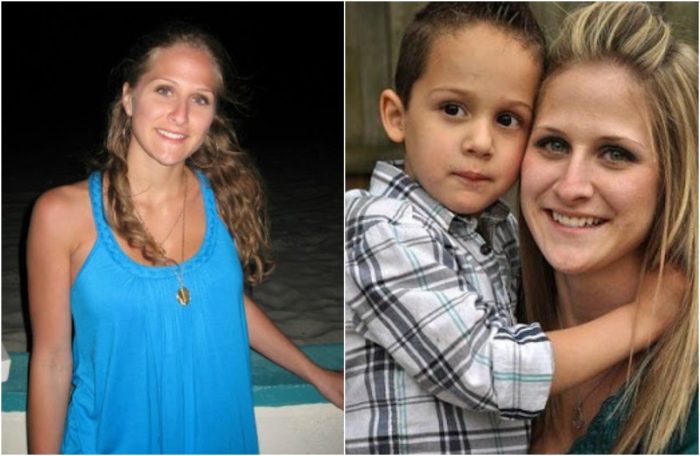 What lead to her death?
We are not sure of all the details and probably never will be. She had a restraining order against him and had no contact for about a month. He had been stalking her and she filed reports with the police but they couldn’t prove it was him.
She was a strong, smart woman and did everything within her power to protect herself and her son. She did everything right, but you can’t stop a deranged man with just a piece of paper.

Your sister left behind an autistic son. Where will he live now? How is he handling all of this?

Aidric is in custody of my parents (his grandparents) right now and they are hoping to start the adoption process.They have helped my sister raise and care for Aidric since he was born and he loves them as much as they love him. No one really knows what Aidric understands but he does ask for his mommy.

What we do know is that he is now, and will continue to be, surrounded by all the love we can give him. Our family has set up a trust fund (or assistance fund) for Aidric so that my parents can continue to give him everything he needs, more than my sister could even think of giving him. He still needs the special food and therapy.

One hour with a DAN (Defeat Autism Now) doctor is $300/hr, and they don’t take insurance. I made a small grocery run for him the other day, just to get a few snack ans the bill was over $50. I say this to make everyone aware of the costs my family, and my sister, deals with on a daily basis. We need help and are not afraid to ask for it.

What has happened to the man who killed your sister?

This man is a coward of the worst kind. His murder of my sister was preplanned. He intended to run but only got one city away. He was running from the police, lost control of his car and crashed it. The vehicle exploded and he burned to death.

I know I speak for my family when I say we are grateful that he died. We are barely getting through this without the thought of having to meet that man face to face again. We can at least begin to heal and focus on Aidric.

I can only imagine how you and your family feel. How are you dealing with this?

Lots and lots of prayer. We are a large, very close and loving family. We have all been leaning on each other and our many, many close friends that have shown so much love and support. We seem to work in cycles, so when one person loses it, someone is there to pick them up and then we switch.

If it wasn’t for the strength of my family, I don’t know if I could deal with this. We try to remember how much we loved her and laughed with her and we are holding onto those memories. I think that is the best we can do.

What advice would you give to someone who has a friend or family member who is experiencing domestic violence?

Get in their business. WAY IN. Tell them the truth, hurt their feelings, get angry with them. Be real with them. I think the situation my sister was very different than most domestic violence cases so it is hard for me to compare what she did to what others may be going through.

All I know is that we knew something was off with that man and we let it slide because he was full of excuses that Larsen believed. No one ever thinks that someone they know or love will kill them, but it happens ALL THE TIME.

My family is now ‘those people’ and as cliche’ as it is, if it can happen to us, it can happen to you. Think about a little boy who no longer has his mother, think about your sister or daughter or best friend being murdered because you wanted to “support” their decision to stay.

And please, follow your instincts. You don’t need to stay with anyone that is violent or abusive. Don’t let shame or pride keep you in a bad situation or keep you from talking to someone who is. Our hope by sharing this story is that someone will learn from our tragedy.

Photo by Javier García on Unsplash