True Story: My Sister Was Killed By A Drunk Driver 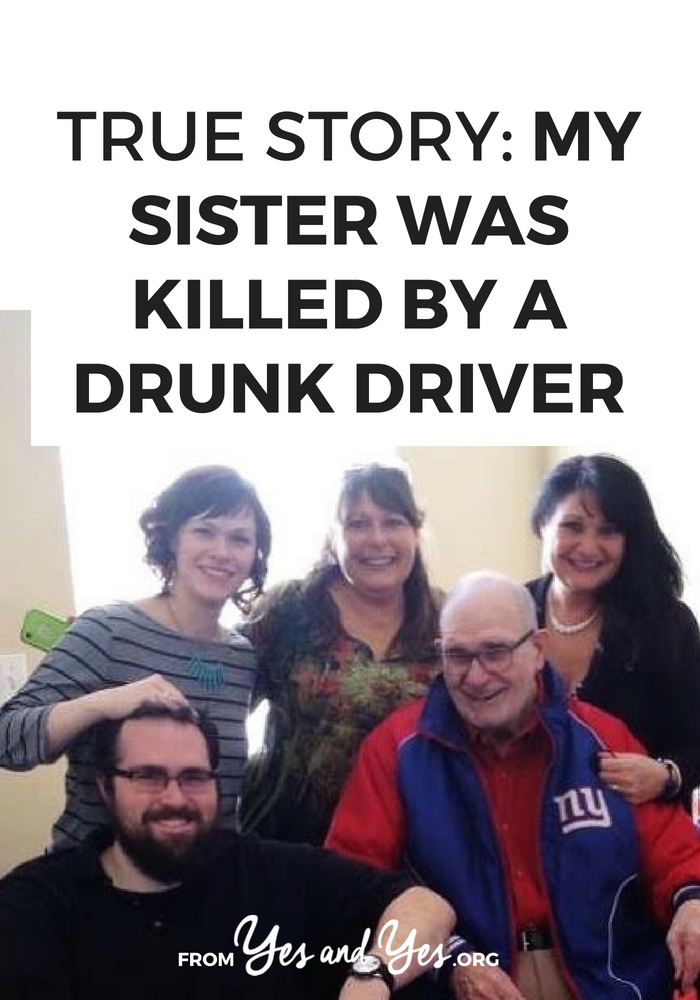 Kristen (back left), Karen (back middle), and their family.

Tell us a bit about yourself.
I live in New Jersey and I’m 34. I work as an assistant in a small business called Boho Berry where I ship sticker and stationary orders, do community management and write for the blog.

I cohost a podcast with my brother Will called Guide to the Unknown, where we talk about horror, mysteries and general weird stuff. I’ve also recently started a newsletter called Positive Gossip where I sporadically start nice rumors about whatever I’m into at the moment.

I enjoy making plans to do something cool with my husband Ryan, only to back out of them in favor of ordering from the same Chinese place every week and watching Law and Order: SVU.

For clarity’s sake, Karen was my half-sister and we had a big age difference — she was 23 years older than me, and my other half-sister, Lynne, is 21 years older. Our father and their mother divorced, he and my mom, who have an 18 year age gap, got married, and they had me and my younger brother.

So we didn’t grow up or live together, but we were always close. My siblings and I have never specified that we were “half” brother/sister so I haven’t started now, but I know the implication makes the age logistics confusing.

Karen was energetic, super helpful and friendly. She would offer to refinish your floor and mean it (and do it, even when you were like, “No, it’s really okay,” and when it was done you’d be thrilled she pushed for it).

She was a nurse for 29 years, and she was exactly the nurse you hope you or your loved one would get. She had a karaoke business on the weekends. When you talked, she asked questions because she was really listening. She called me and Lynne “Sissy” and Will, “Bro.”

She lived on Long Island, was married to her husband Bill for 28 years and had 2 sons in their 20s, Ken and Rob. She and Lynne were the closest I’ve ever seen two people be. They spoke every day and saw each other just about as often. They loved hanging out with their tight-knit group of friends. On the day she was killed, she had had them over to float in the pool.

Where was your sister going when she was hit?

On June 26, 2016, Karen, Bill, Rob and their dog Maverick left at night to avoid traffic on their way to Ken’s new apartment in Virginia to help he and his wife Cynthia get settled in.

They were stopped at a red light, singing along to the radio when a drunk driver rammed into them. The car was annihilated. You can Google it. “Karen Holden Long Island” will do it.

Maverick bolted from the car in panic (and was found the next day). Bill and Rob were injured. The paint cans they were bringing to paint Ken’s new apartment exploded. Karen was covered in the white paint when her body was brought to the hospital. They tried to revive her but she was killed at the scene.

Tell us about the drunk driver who killed your sister.

His name is Ryan Gurecki. He has a 2006 DWI arrest, for which he’d been fined $700 and given 3 years probation. His license has been suspended 13 times and he’s been in 5 accidents — including one where he drove into the bedroom of a house and just missed a sleeping couple.

He kept driving after he hit Karen’s car, side-swiped another, and only stopped because he finally hit a tree. He later admitted to having 5 before getting in his car (and also had marijuana in his system).

How did you find out about the accident?

Our dad was in the midst of a health crisis at 81, and that day had been dramatic. He had been in the hospital for a few weeks at that point, and Karen, Lynne, Will and I had a group text to keep each other in the loop, since they lived a few hours away.

2 hours before the accident, Will and I let them know what happened, and we all got mushy about how we’d get through this and how much we loved each other. If it were in a movie, you would think it was a hacky, heavy-handed setup, but it’s just how we were with each other.

Our dad was stable so I was home, had just finished a crying jag and was watching an OJ Simpson documentary to self-soothe when Lynne texted: “Guys, there’s been an accident. It’s not good.” I couldn’t even process it; it was like my brain had too many tabs open. Not long after, she called me and told me that Karen was dead.

I must have said I would tell Will and our mom. And then I went absolutely ballistic. I’m not a ballistic person; it was a bombastic reaction that I wouldn’t have expected to have. I threw my phone.

I truly screamed. I can’t imagine what the neighbors in our building thought was happening. I fell to the floor and curled over myself in some primal protective move. And I somehow called Will, because I knew he’d be with my mom.

He went to the hospital to tell our dad, but staff said that he was heavily medicated and that we should tell him in the morning.

But he didn’t get to hear it from us. He woke up, alone in the emergency room, and heard that his daughter had been killed on the CBS early morning news. They used her name and everything. He died 2 months later. We hadn’t expected him to make a huge recovery, but his heartbreak and stress absolutely exacerbated things and made his final months much worse.

What sort of sentence did he get get?

He received a minimum of 6 years and maximum of 18, which I think is insane. For killing someone; for having that kind of pattern of disregard for others’ safety?

But weirdly, he’s kind of irrelevant to me. Beyond being glad he’s in jail, never wanting him to drive again, and hoping he moves so my family never has to think about the possibility of bumping into him — I certainly don’t like him but I don’t really care about him. Either way, my sister is gone. That’s where my emotion is. Maybe I don’t have any bandwidth left for him.

I can only imagine how incredibly angry and sad you must have (and still do!) feel about this. How have you dealt with your grief and anger?

A lot of crying. Letting myself do it, not stifling it, stop, drop and cry. Not unlike just hitting the ground when I found out about Karen’s death, my body seems to process some things in visceral ways, and I guess untempered crying is one of them.

I kind of hate myself for saying this, but it’s true — my gratitude, yoga and meditation practices have not only helped me deal with grief, but they had me somewhat equipped for when things happened. It’s like by being into this stuff, I’ve been in training for the double whammy of devastation that hit our family.

I haven’t reached like, Karate Kid levels of mastery — it still fully sucked —but I absolutely used breathing techniques to slow down and noticed thin, THIN silver linings even when things were terrible.

I also read the book Glimpsing Heaven, about near-death experiences and what they might tell us about what happens after death, and found it very comforting. It might not be for everyone, but it’s worth mentioning.

What advice would you give to someone in a similar situation?

You will start to feel better. I PROMISE. You don’t need to rush it, it will just start to happen. You’ll start wanting to try new restaurants and be excited for movies that are coming out. You’ll be able to say their name without welling up, and talk about the best and bad parts of them, like the real person they were.

You being happy doesn’t mean you’re callous or over it. A mantra I used was, “It sucks, but it’s okay.” And it is.

Thank you so much for sharing your and Karen’s story, Kristen. Do you have any questions for her? Have any of you been through something similar?

P.S. Kristen has written other essays on grief; you can read them here.

END_OF_DOCUMENT_TOKEN_TO_BE_REPLACED 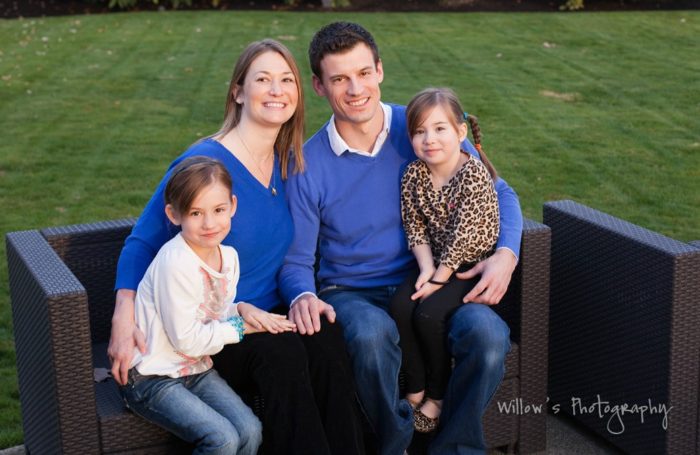