True Story: I Compete In The Highland Games

This is one of many True Story interviews in which we talk to people who have experienced interesting/challenging/amazing things. This is the story of Michelle and her affinity for competing in the Highland Games. 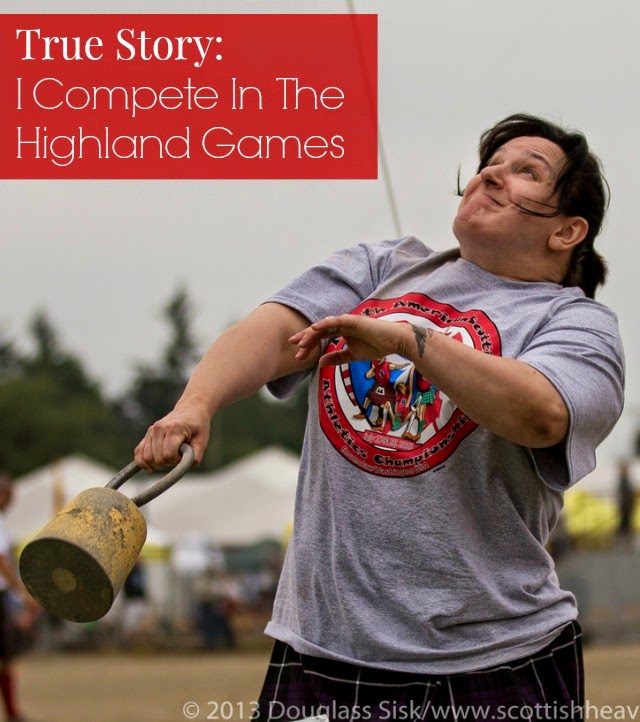 Tell us a bit about yourself!
I was born and raised in the Seattle area. I now live in Kirkland, about 15 miles East of Seattle (and ironically, a town that was founded by a Scotsman, Peter Kirk). I work at Premera (a healthcare payer) and am the leader / lead singer of a blues band called Michele D’Amour and the Love Dealers. I also participate in the Scottish Highland Games. I am 48.
For those of us who don’t know, what are the Highland Games?
Highland Games are an ancient tradition; I’ve heard it said that they happened as early as 2,000 BC. The contests of strength were a means of selecting the most able men for soldiers and couriers.
King Edward I of England prohibited Scotsmen from possessing weapons during the Wars of Scottish Independence in the late 13th and early 14th centuries. In the absence of weapons of war, the Scots turned to alternative methods of military training – Highland Games. In the games, they could train with hammers, pitchforks, stones, and the like – obeying the letter of the law but not the spirit of it.
The first Highland Games in the US took place in New York in 1836. Today, in addition to the Games all across Scotland itself, there are more than 200 annual games and gatherings across the US and Canada, with games also held in New Zealand and Australia.
There are nine athletic events – I will explain what each is, a bit later.

The Highland Games originated in Scotland. What’s your personal connection to Scotland and Scottish culture?
I have about a thimbleful of Scottish heritage, but being Scottish isn’t a prerequisite to participating in the Games! I used to be a competitive powerlifter, and going from that to Highland Games is a fairly natural progression.

Thanks so much for sharing, Michelle! Do any of you guys compete in a particularly unusual or challenging sport?