True Story: I Didn’t Realize I Was Raped (trigger warning) 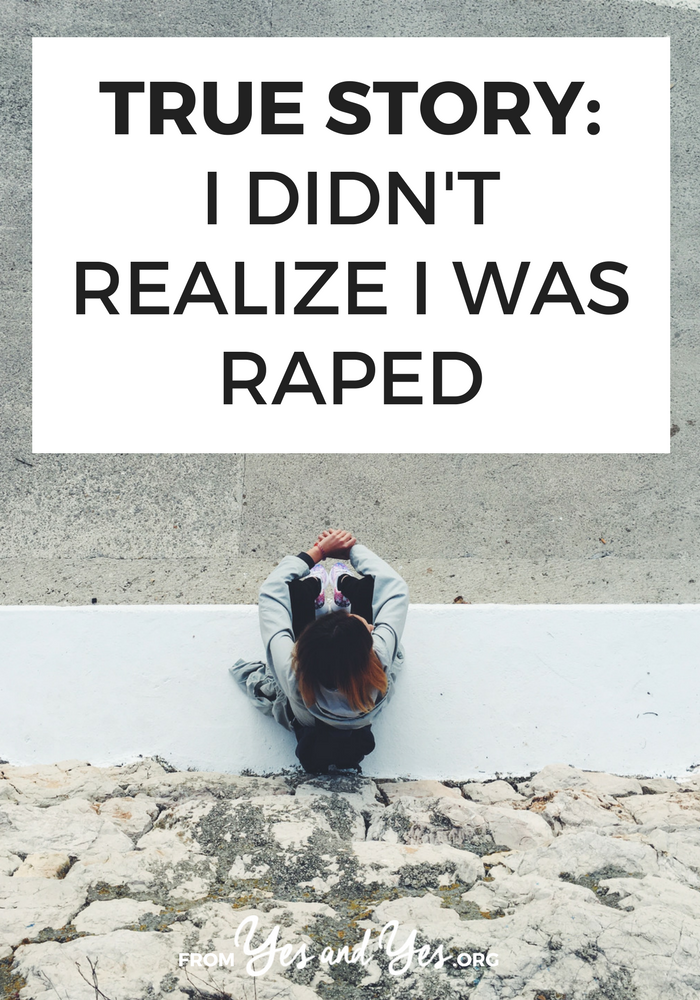 Tell us a bit about yourself.
My name is Bethany and I’m a 27 (almost 28) year old single mom. I’m also a full-time student and I work at a bank for kicks (right). I love to write and hang out with my friends and I have a puppy who was purchased as a beagle, but turned out to be more of a lab.
As a child, did you have any specific ideas about sexual consent or what constituted a good, health, satisfying sexual experience? Was that something you and your parents ever talked about?
I never ever had any sort of sex talk with my parents. My dad wasn’t really involved in my life and my mom was a bit hypersensitive. I became curious and active at a young age, in the too typical fashion of a girl with “daddy issues”. I craved male attention and for the most part, I thought all of it was good.
Can you tell us about the circumstances that lead to your rape?
I was fifteen years old. The guy was 30-something and sleeping with my sixteen-year-old friend. At the time, this didn’t seem the least bit strange or dangerous to any of us. If anything, it made her seem brave and womanly.
She had to sneak around and see him whenever she could, so when he called one afternoon while she and I were hanging out, she grabbed the keys and I went along for the ride. To a hotel room.
I don’t remember thinking it was strange to go along or being uncomfortable…until things got out of hand and suddenly I was involved in a way I had never intended to be and didn’t enjoy.
He raped me until my friend managed to pull him off, all while I beat on his shoulders and chest and told him to stop.

What about the experience made you think “that wasn’t rape”?
At fifteen years old, I already had an idea of the “type of girl” I was. I was no longer a virgin, I skipped classes, I smoked cigarettes. I felt like it was just…the sort of thing that happened to girls like me.

Also, the fact that I had been in the hotel room with them while they were having sex made me feel very much that I had asked for it. I had placed myself in a dangerous situation…and I had gotten what I felt like I asked for.
You didn’t tell anyone after it happened. How did you cope?
I told no one. Actually, I was terrified that someone would find out. I knew that if my mom found out, she’d be angry at me for being in that room, with that man. She wouldn’t have been concerned or sad for me. And I also didn’t want to do anything to get my friend in trouble.
I walked out of that room and thought I was walking away from what had happened. I didn’t realize until years later that my rape had helped shape the way I defined myself. I saw myself as the “type of girl” who got raped in hotel rooms. I carried that with me.
Did you ever see your rapist again?
I never saw him again.
What lead to you realizing that you had, in fact, been raped? How did you feel when you had that realization?
There has been so much discussion about what counts as rape or sexual assault lately. And hearing about those stories, about the girls being raped at parties or at school or in “questionable situations”…it made me think about my rape for the first time in years.
Suddenly, I was hearing about consent. I was reading about girls just like me and I felt sadness for them…and that grew into a sadness for myself.
I became able to look back on myself, as a fifteen-year-old girl, and see that I didn’t ask for it. I didn’t deserve it. My body is mine, no matter where I carry it. This was huge for me.
How did that realization change you, the way you felt about yourself, the way you felt about sex?
I don’t know if I can even explain what it meant for my self-image and self-esteem to finally identify myself as a victim. Not that I want to live as a victim or that I relish that role. But I took all of that blame and shoved it back onto my rapist. I could breathe.
I could imagine myself as more than just “that type of girl who grew into that type of woman”. I could see a life of success and happiness and healthy sex and relationships. Damn, it was real. My life wasn’t mapped out to be shit. I wasn’t destined to be discarded by society or used by men.
My ideas about sex have changed radically. I’m much more…involved in my own sex life, even though that sounds weird. I’m able to participate rather than just accept or receive. I feel entitled to pleasure. I feel like a woman rather than an object.
Is there anything you can do legally to take action against your rapist?
I don’t know. I don’t know his full name and am no longer in contact with my friend. I’m not sure if it’s a can of worms I want to open in that way. I feel like I want to help others (by sharing my story and in other ways).
Have you discovered any resources/groups/techniques that really helped you get through this?
Believe it or not…blogs. Feminist blogs, survivor blogs, all of them. I read the stories of other people and find comfort in their words. I can celebrate their success and feel the power of their recovery. Everyone goes about it differently…it truly is a unique form of self-discovery. Redefining yourself isn’t easy and unfortunately, not everyone is able to do it.
What advice would you give to someone going through something similar?
Think of yourself as another person. As another human being. And imagine the things that happened to you happening to them. You will likely feel huge sadness and compassion for them.
You deserve that sadness and compassion. Let yourself have it. You are a person, just as whole and clean and good, as those people you are able to feel empathy for. There is not one single person, include yourself, more deserving of rape than another. And you know this.

Thank you so much for sharing your story, Bethany. Do you guys have any questions for her? Have you experienced something similar?

P.S. More True Stories touching on difficult topics: I witnessed a shooting & I was raised by an alcoholic.

Photo by Igor Cancarevic on Unsplash