This is one of many True Story interviews in which we talk to people who have experienced interesting, challenging, amazing things.  This is the story of Megan and her time acting as a missionary for the Church of Jesus Christ of Latter-day Saints. I understand that proselytizing and missionary work is behavior that some readers might take issue with.  As always, polite, respectful, articulate disagreement is welcome, inflammatory comments will be deleted. 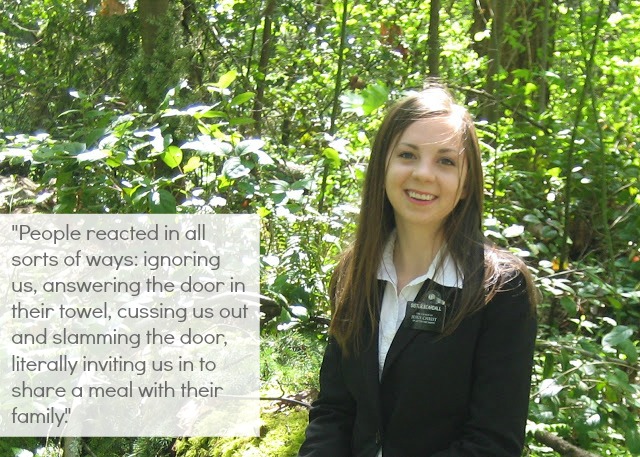 Thanks for sharing your story, Megan!  Have any of you guys done mission work?  Do you have any (respectful!) questions for Megan?
← Previous Post Next Post →