True Story: I Had A Cross-Culture Marriage

This is one of many True Story interviews, in which we talk to people who have experienced interesting/challenging/amazing things. This is the story of Elizabeth and her 22 year marriage to a Lebanese man.

Note: Elizabeth and her husband eventually divorced. Obviously (obviously!) I’m not publishing thisinterview as anti-cross culture marriage commentary. Elizabeth was simply the first person who responded to my interview request. Of course, there are a gajillion happily married cross-culture couples. 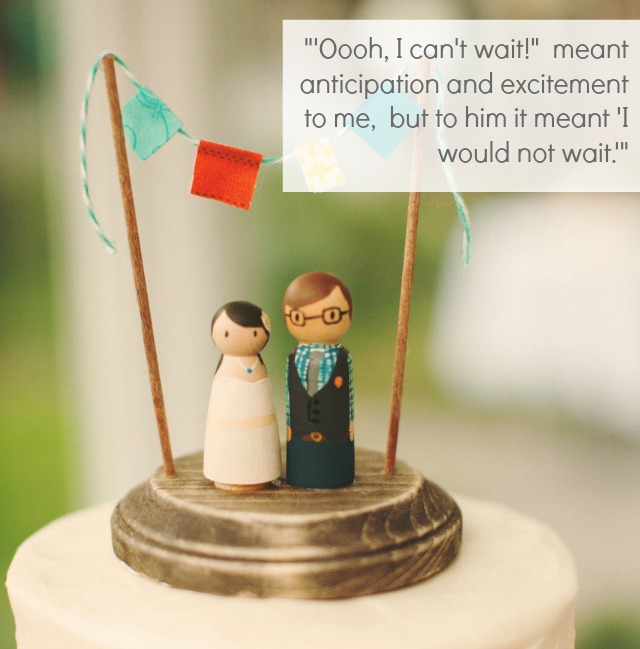 My name is Elizabeth Hammoud and I’m 50 years old. I’m originally from the south suburbs of Chicago, but I live in Burnsville, a suburb of Minneapolis/St. Paul. I work for Planned Parenthood where I run the Purchasing and Inventory department.

How did you meet your husband?
We met in the basement “bar” of a foreign students’ dorm in Munich, Germany. We met in ’85 while I was living in Munich, pursuing my dreams by working in Germany. He was doing an internship and educational exchange program when we met. The dorm would have these mixer events in the bar they had setup in the basement of the dorm. I remember thinking that we were the least likely to hit it off at the time because those were the years of kidnappings of Americans in Lebanon. We seemed more like natural enemies.

What’s his background?
He came from a little village in south Lebanon that was under Israeli control in their “south security zone.” Because Lebanon was in a state of civil war, he had been living with family in Beirut rather than in his southern village because the fighting was problematic and there were more opportunities in the city.

Prior to meeting your husband, had you ever dated anyone from a different culture?
I found people from other countries totally fascinating and I gravitated toward them as friends from high school onwards. In college I dated a guy from Vietnam, someone from Malaysia, and a Turkish guy before meeting my husband.

How did your friends and family feel about your relationship?
I’m pretty sure my friends thought I was a goof bucket for dating foreign students (gaaaaa!) My family is not one of those touchy feely types of families, so I don’t know that they even noticed that I was hanging out with people from other cultures. They never really mentioned anything that I can recall.

How did his friends and family feel about it?
Lebanon is much more family-centric, so his family was very interested in the people with whom he was spending time. That being said, however, their culture frowned upon dating per se. One would normally get to know one another if the families knew each other and the relationship flowed from that basis.

Have you two ever had any cross-cultural miscommunications of your own?
Of course! Coming from such dissimilar backgrounds we couldn’t help but run into opportunities for miscommunications. Something as simple as “oooh, I can’t wait!” connoted to me anticipation and excitement whereas it connoted to him “I can not wait,” i.e. “I would not wait.” That’s a very literal miscommunication, and those types of things were an issue due to our language differences. His native language was Arabic, with French as his second, and German as his third language. I speak fluent German (and English, of course,) so we conversed in German for the entire first year and then some of our marriage.

Other miscommunications resulted from cultural differences. For example, I didn’t know that it’s kind of bad luck to compliment things such as a nice house, or beautiful baby, or lovely jewelry. It is something about the “evil eye – type” superstitions, and I had no clue.

Another thing was that I was raised to be totally independent and self sufficient. They are raised to be selfless and family-centric, which was for me very foreign. I viewed the ever-present family as intrusive and counterproductive. They viewed my family as cold and unhelpful when they let us alone to work through our own issues rather than having them interfere.

How do you incorporate both of your cultures into your day-to-day life together?
Well, we lived as much of a Lebanese life as we could while living in the States. I was always cognizant of how hard it must have been for him to be the only person from his relatives that was in the States, so I deferred mostly to the Lebanese culture. We ate Lebanese, we listened to Lebanese music, we had Lebanese satellite TV, we got together with other Lebanese that we met along the way. We celebrated the Muslim holidays and vacationed at his family’s places in Canada, where they had settled.

Tell us about your three (!) weddings!
Our first wedding was the official one in Germany. Since we were living there when we met, we got married the first time there. The ceremony was at the justice of the peace (“Standesamt”) in the Solln district of Munich. The office was housed in a little mansion of sorts. It was very historic, and architecturally beautiful. I wore a Loden Frey original white 2-piece, ¾ length dress. Neither of our families was there. But we both had friends that stood up for us and witnessed the wedding. We had a little celebration dinner at the local Hilton Hotel and home-made wedding cake back at our apartment. Our rings came from Lebanon and our marriage license/certificate was in something like ten languages!

The second wedding was in the States. My parents threw us a big vow renewal at the Presbyterian church close to my hometown in south Chicago. I was raised Lutheran, but the church decided to throw me out because I married a Muslim. Talk about religious fanaticism! Mom’s job had a clergy on staff and he agreed to do us a Presbyterian ceremony. Anyway, I got a second wedding dress, a big reception and lots of professional photographs.

Our third wedding was in Calgary, Canada about two weeks after the 1988 Winter Olympics were held there. We were on our first ever visit to his family. I had never met anyone of the family until then. They had a dinner for us and had us dress nicely. There was a Muslim sheikh invited for dinner and soon he had us engaged in conversation about our future plans etc. Then we signed our names in Arabic and surprise! You’re now married with the blessings of Allah! It was very sweet, but a little ambush-y. It was well-intentioned though and very culturally important so that they didn’t feel like we were “living in sin” having not been married by a sheikh yet.

How many children do you have?
We had two kids, a boy and a girl. They’re nearly grown now. Our daughter is in college and our son is in high school. They were both raised understanding Arabic and eating Lebanese food. Naturally, they answer Arabic questions with English answers. My mother-in-law and sister-in-law lived with us intermittently for about five years when the kids were young. During that time I picked up a lot of Arabic skills dealing with my in-laws. They saved us a lot by providing the daycare while we both worked.

How did you incorporate both cultures into their upbringing?
We associated with many Lebanese families that we had come to know over the years, so the kids were always exposed to socializing the Lebanese way. We also took them to Koran classes so they got a basic introduction to Islam and praying the fetaha. We celebrated Ramadan, cooked Lebanese, visited relatives and went to Lebanon three times for extended vacations over the years.

What advice would you give to someone who’s dating across cultures?
It’s not for the faint of heart! It takes a whole lot of give and take to make it work. And it’s best if you come from as similar of backgrounds as possible. For example, if you’re both from farm life, it will be easier. Or if you’re both die-hard city folks it will be easier. You have to have an open mind to doing things “the other way” on any given occasion.

You may have to alienate your family by doing things in favor of his culture. If that will be hurtful, it could lead to disagreements. Know your tolerance for interfering in-laws if his culture is like that. Understand what role he’ll have to play in the future, because you’ll be going down that path too! And you should have similar feelings about saving and spending. So basically you need to be ready for everything you’d run into getting married in the same cultural, then add in the language differences, the cultural differences and about a billion other things, then you get the picture! But if you can handle it, you will learn so much and have such a rich life.

Thanks so much for sharing, Elizabeth! Are any of you dating or married to someone from a different culture? What benefits/challenges have you found?