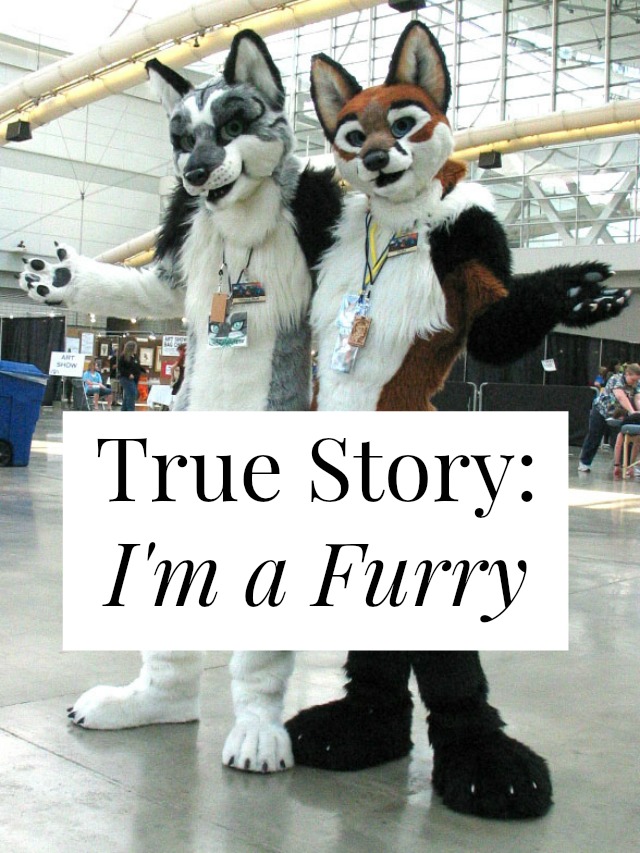 This is the story of Jakob and his furry hobby.
Tell us a bit about yourself!
My name is Jakob, I’m 22 years old and I’m a trained multimedia designer. I’m from Aarhus, Denmark but I’m planning a move to Copenhagen, the capital. I currently work freelance, as much as possible, to get some experience in my field, as I’m newly graduated. And – more importantly, for this – I’m a Furry.
For those of us who don’t know, what is a furry?
A furry is a very wide-ranging concept. But at it’s core, a furry is an anthropomorphic animal, meaning it’s an animal with human characteristics.
A common example is Bugs Bunny – A rabbit who walks upright like a human, talks and thinks like one. In its essence, a furry is such a character. In the furry fandom, a ‘furry’ is more commonly used to describe the people in the fandom or their, so-called, Fursonas.
A fursona is the persona that most fans create to represent them, in the furry fandom. It is a character that we familiarize and identify ourselves with. There’s really no rules to the creation of a fursona and there’s a whole range of people doing it in new, exciting and interesting ways.
What are the biggest misconceptions about furries?

One of the biggest misconceptions hail from an episode of CSI, where the detectives visit, what is apparently, a sex-club for furries. The episode portrays furries as people having sex in animal costumes. A sex-cult, if you will. I will not deny that there’s a pornographic or even sexual side to the furry fandom, because there is, to some people. But it is a minor part of a much larger spectrum.

When did you first become interested in furry-related stuff?

I think it started, for me, when I started snooping around the site DeviantArt.com, back when I was some 15-16 years old. I noticed people making furry artwork there, started following these artists and even began liking several of the characters that was created.

For a long time, I didn’t know there was more to the fandom, than the artwork I found on the internet. Eventually I began role playing with friends I got on the internet and got to know some actual furs. I still expected there’d be no fandom to speak of, in a small country like Denmark.

But an American friend of mine told me to check LiveJournal for danish Furries, and lo and behold – There was one. She told me about the danish furry forum and from that day on, I was a full-fledged furry.

Do you have a particular character or animal you feel connected to?

My main fursona is a white ferret, named Khain. I picked the ferret for my fursona as I feel I have a lot in common with the ferret – bouncy, playful, a trickster, silly and always picking for the center of attention. Apart from that, I really love ferrets and I really want a pet ferret, some day.

People create fursonas for all sorts of reasons and there’s no “right” way to do it. You can create a fursona solely based on the fact that you like that particular animal or you can base it on some deeply buried feelings or experiences.

What do you actually do when you’re doing furry stuff?

Usually, at meetups – called furmeets – we simply hang out, talk, look at art or go to a café for a cup of coffee. The more distinct activity we do, is called a Fur-walk. We dress up in costumes of furry characters, called fursuits, and go for a walk in the public.

We do this because it’s one of the most rewarding activities I know of – People get so happy when they see a big, fluffy dog or cat come waltzing down the street. Kids run up to get a hug, people take pictures, there’s laughing and good times! I’d recommend it for everyone, but a lot think it’s odd to dress up as an animal.

Then there’s the conventions, around the world. Usually each is held once a year and there’s furry conventions all the way around the globe. Here, artist, fursuiters, writers and just general fans meet to share several days, in the sign of furrydom. There’s art auctions, dance-parties, theatre, comedians and pretty much anything that’s fun or interesting.

How have your friends and family reacted to your involvement in the furry community?

Very positively, actually! My parents, at first, was worried that it was some crazy sex-stuff I had joined, but once I explained my interest and what it entailed, they readily accepted it.

I don’t say they fully understand, but they accept it. As for friends? Well, they mostly think I’m a nut-case. But a nice, friendly, huggable nut-case. Usually people accept me being a furry, once I explain what it is to me. Some people think it’s a religion, some think it’s a life-style. And it is to a select few Furries – but to me, it’s more of a hobby. A constant, life-changing hobby.

What does furry-dom bring to your life?

It brings a sanctuary from the daily life. For instance, when I put on my fursuit and go out to meet people, I forget any problems I may have and I fully commit to the here and now.

My character allows me to explore new sides of myself, removes any anxiety for acting in a public area (since acting is basically what we do) and just lets me have a good time. Apart from that, it’s brought a plethora of friends into my life, that I wouldn’t want to be without, today.

Thanks so much for sharing, Jakob!  Do you guys have any (respectful!) questions?  Are any of you into furry stuff?