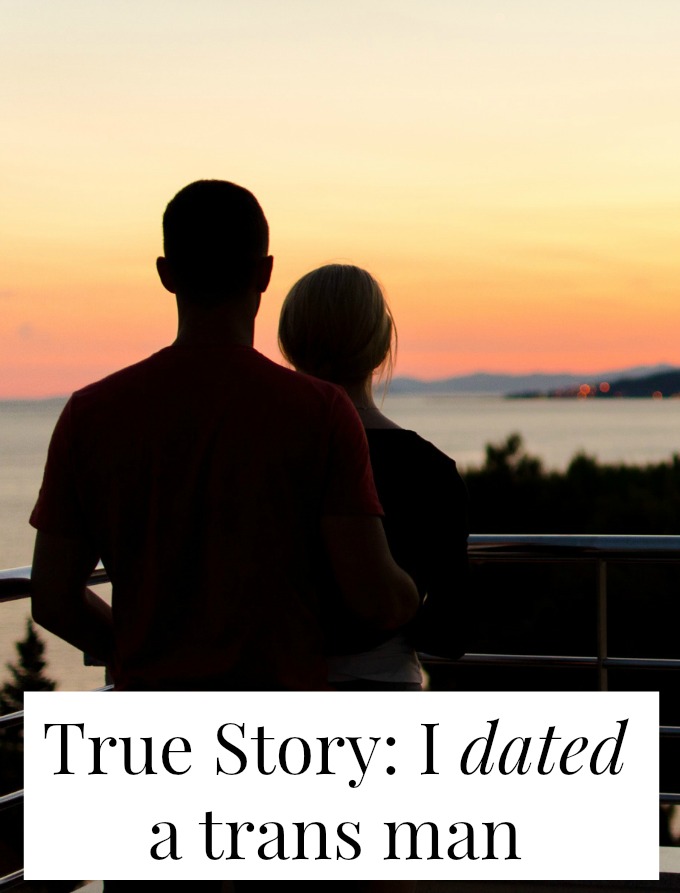 Tell us a bit about yourself!
Hello! I’m Staci and I’m a 30 year old lady from New Jersey. I have a corporate 9-5 and I’m lucky enough to live at the beach. I love riding my bike, swimming in the ocean, indulging my wanderlust, and being around kindred spirits.

For those of us who don’t know, what does it mean to be transgender?
Someone who is transgendered has decided to identify and move through the world in contrast to the gender they were born as. There is a condition known as gender dysphoria which a lot, if not most, transgendered people fall under. Gender dysphoria means, in utero, your body developed one way and your brain developed another. Being transgender has nothing to do with sexual orientation.

What are the biggest misconceptions about trans individuals?
From my experience, many people do not know the difference between a transvestite and a transgendered (or transexual) person. Transvestites derive pleasure from dressing as the opposite sex but have no problem living as the gender they were born with. Whereas transgender individuals do not feel comfortable associating with the societal norms of their biology.

Drag queens and transvestites are not mutually exclusive terms, either. Most drag queens are male cross-dressers doing so for entertainment value.

Prior to meeting your boyfriend, who did you date?
I dated men and have always identified as a heterosexual female.

How did you meet your boyfriend?
I met –A through the cousin of a former colleague. She and I began chatting at a party and from getting to know me and my interests she thought I should get to know her good friend, -A. He was mentioned to me as ‘my tranny friend, -A’. Because I had nothing else to go on, I pictured some tall white guy in drag. She did not describe him to me physically so I had no idea what to expect. I wouldn’t say I was set-up with him, this person just thought we’d get along very well because our interests were so similar.

Did you know when you met him that he was trans? How did you feel about it?
Yes, I actually knew before we ever met in person. As I mentioned, the person we met through spoke of his identity very early on. –A was living in another state when we began communicating but was shortly moving back to our home state where I lived. At that point I knew what he looked like and I thought he was darn cute; hot, even.

Since I had no idea we’d be involved romantically, -A being transgendered had no bearing on how I felt. We innocently e-mailed, occasionally chatted on the phone, and eventually met in a setting with our mutual friends. I’ve always had an open-minded spirit and was endlessly curious about his journey in life. He would verify the fact that I asked a thousand questions about his identity over those e-mails and conversations. He was constantly open and always fed my interest with kindness.

When we found ourselves falling for each other, my only concern was with our intimacy. Our chemistry was pretty electric, but sexually I was very apprehensive; considering I had only been with biological men until that point. Although the hormones he took changed his face and overall build, –A still had a biologically female body when we were together.

I considered myself pretty experienced at the time but just because I have a female body doesn’t mean I know exactly how to give pleasure to another one! -A was very patient and we took our time discovering what would be best for both of us.

Did you and he ever discuss his journey from woman to man?
Of course, we spoke of it often. I am inquisitive by nature and from the beginning I never felt any question was off-limits. The closer we grew, the easier it was to ask more probing questions. I’d never met an FtM (Female to Male) before. I had the utmost respect for the way -A chose to live his life and the decisions he’s made along the way.

Did his trans-ness have any affect on his day-to-day life? Or your relationship?
Aside from a few, small sexual hurdles in the very beginning, I don’t believe it did. I was in love with a man and that was that. Our relationship started and ended just like any other. Being with -A was an amazing experience, not because he was transgender, but simply because who he was and what our relationship brought to my life.

I’ve been in and out of many relationships but the one I shared with -A showed me what it was like to truly be in love. For that I will be forever grateful.

How did the people in your life react to your relationship?
I was very apprehensive to disclose the details of -A’s life to anyone. I told a good friend first and although she didn’t quite understand, she was supportive and simply made sure I was happy. When we eventually told my parents they were very understanding and accepting of who I’d chosen to be with.

The reaction I’ve received most often is, “I could never do that.” Perhaps it’s different for men than it would be for women but I’d like to think (maybe naively) anyone is capable of having an amazing relationship with anyone as long as love and respect exists.

Many people are curious or confused by the transgendered community. Are there any helpful resources you could point them towards to learn more?
Thankfully, the internet can be a huge support group for people who need answers.  I recommend PFLAG.  There are unlimited sites out there but here are two I feel are accurate and informative.  I’d be happy to answer any questions your readers may have!

Thanks so much for sharing, Staci!  Do you guys have any (polite! respectful!) questions?