True Story: I Have Epilepsy 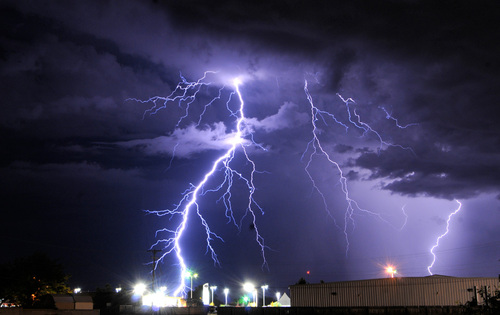 This is one of many True Story interviews in which we talk to people who have experienced interesting/amazing/challenging things.  This is the story of Sonja and her epilepsy diagnosis.Tell us a bit about yourself!
My name is Sonja, I’m 30 years old and a life long New Englander (save for a few stints abroad) currently hanging out in Western Massachusetts with my husband, son, and two cats. I’m a stay-at-home mom and artist, trying to squeeze in as much time drawing and collaging as I can while my one-year-old son naps! I also enjoy blogging, Mexican food, and a nice cup of tea.For those of us who don’t know, what is epilepsy?
Epilepsy is a broad term for any number of seizure disorders. Basically what epilepsy means is the propensity to have seizures: if you’ve had one seizure, you’ve had a seizure. If you’ve had two or more seizures, you’re probably in the market for an epilepsy diagnosis. Epilepsy can range from a few seizures spread out over a lifetime to seizures every day and from severe seizures – most people are familiar with “grand mal” (more accurately known as tonic-clonic) seizures – to seizures that simply look like spacing out. I have what are known as “complex partial” seizures in which it looks like I fell asleep and my face twitches a bit. I’m unconscious for usually about thirty seconds at a time, though I feel quite sick for hours afterward. All seizures have a refractory period (known as the post-ictal period) afterwards in which the person feels generally crappy.

How does epilepsy affect your daily life?
The most significant effect epilepsy has had on my day to day life is simply making me a very, very cautious person. For most people, seizures have triggers – which can range from alcohol consumption to exposure to certain types of blinking lights.For me, my main trigger is a lack of sleep (which is a really, really common seizure trigger). This is very tricky being a mother as anyone with an infant knows that your own sleep is wildly unpredictable. The edict of “sleep when the baby sleeps” is doubly true for me! Another common trigger for me is fever, which means that I not only have to take extra super good care of myself should I come down with a cold, but I’m overly cautious in preventing illness in the first place. Luckily, I have a strong immune system!

A lot of people understand that seizures and driving are a bad combination, but since my seizures always have a warning before hand (sometimes hours, but always at least five minutes – plenty of time to pull over!), my neurologists are fine with my driving. I am an extremely careful driver and since I know that I often have headaches before I have seizures, I never, ever drive when I’m overtired or headachy.

The hardest part of day to day life with epilepsy is unpredictability. When I’ve been off of medication, I’ve very often had to cancel social events or call in sick to work at the last minute from having seizures. I do have a warning before hand, but it’s not long enough to really *plan* for anything. I do really well on medication, but I still have the occasional seizure and have to just be able to “wing it” when they happen.

How old were you when you were diagnosed?
I had my first seizure ever at nine months old, in response to a fever. When I was a kid, I had a few seizures per year up until age six when I had viral meningitis. It’s a bizarre coincidence that I got meningitis after having had seizures as the disease itself can lead to epilepsy later in life. It’s even more bizarre that afterwards, I didn’t have another seizure for thirteen years! At age nineteen, I had my first adult seizure and have been working to control the seizures (which I would have every day when I was unmedicated) since then.

How have you chosen to treat your epilepsy?
After a lot of trial and error and seeing several neurologists, I’m on an anti-convulsant that works for me. I also take melatonin at night to help and make sure that I get enough sleep. I take my meds and do my best to get enough sleep and eat well (low blood sugar can also trigger seizures) and that works out really well for me. When I was struggling in the past to find the right medication, I also did some alternative therapies – including massage therapy and nutritional supplements – and those helped a bit, but now that I’m on the right meds, I find that I don’t need them right now.

Will you ever be ‘cured’?
No, I can be seizure-free for extended periods when I’m on my medication, but there will always be the possibility that I could have another seizure at any time.

Are there any resources you’ve discovered that have been particularly helpful?
I have a number of friends who also have epilepsy and I’ve found that talking with them has been incredibly helpful for dealing with the day to day stuff and venting about new meds and more testing and whatnot. When I was first diagnosed, I would look for online forums and communities for help, but there wasn’t much at that point (this was in 2001, so the internet was less extensive back then!) and what there was wasn’t really all that useful to me.

What advice would you give to anyone who has been given an epilepsy diagnosis?
Take it day by day. It can be really frustrating to keep trying new meds and getting more tests done and still have seizures – but it will generally take time to get everything sorted out. When you do, try not to get discouraged if you have a breakthrough seizure and have to reset the “Days Since Last Seizure” clock over and over again. Each day seizure-free is an awesome day! And on the days when you do have seizures, just be gentle with yourself. You will learn over time how your brain and body respond and you’ll figure out what you need to be healthiest – just be patient and keep trying until you find what works for you!

Any questions for Sonja?  Have you of you been diagnosed with epilepsy?