True Story: I Went to an Ivy League College 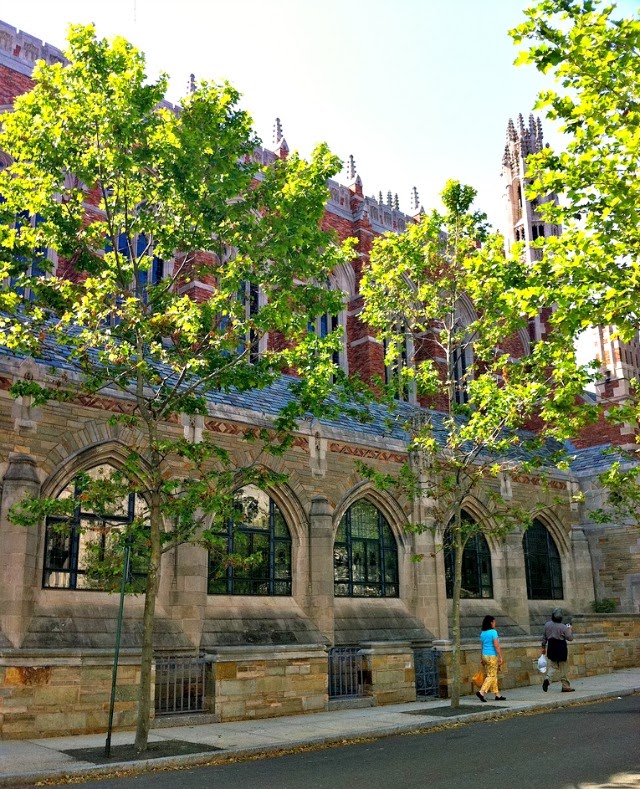 This is just one of many fascinating interviews that make up the True Story family. This is the one girl’s tale of studying at one of America’s most prestigious schools.

Tell us which schools you went to
I went to Yale. Later I went on to go to other classically prestigious schools, but Yale is the only Ivy I’ve attended.What made you decide that you wanted to go to an ivy league school?
Part of it was the prestige. I’m very aware now that there are equally academically rigorous schools that are not Ivies, but I grew up as the child of immigrants, who really had no idea that there were schools outside of the Ivy League worth a damn. My father, for example, threw a fit when I said that I wanted to go to Brown — which is actually an Ivy, but was not, in his mind, a “real Ivy.”

Another part of it was wanting to get away from my home life, which was a mess at the time; I wanted to get away from a traumatic graduation year in my hometown. I was running away from a lot, including an abusive relationship and a sexual assault, and going to a place where I could (allegedly) use my brain in exciting ways and meet interesting people was extremely appealing. This doesn’t answer your question about “why an Ivy,” but it does answer a question about “why Yale” — Yale is known as one of the more liberal, artsy Ivies, and that completely appealed to me.

Can you tell us about the application process?

Paper applications and an interview. I didn’t stress out too much about it — I get the feeling that overachieving high school students these days are much more on edge about the whole process. The essay that I wrote, which was indirectly about the abusive relationship, caused some trouble in my AP English class; the teacher told me that colleges didn’t want to read about relationships. But I managed to get into all of the schools that I applied to, so figs to her, I suppose.What was the student body like?The student body at Yale was, when I went, much more racially and socioeconomically diverse than one might think — there were certainly a lot of East Coast prep-school graduates (mostly from Exeter and Andover), but one of my closest friends was from rural Appalachia and I knew a lot of people on scholarship from urban areas. As I’ve mentioned before, there’s a thriving avant-garde, artistic community; for every legacy (a student whose family lineage goes back multiple generations in any given school) with a head full of bricks, there are students who have written a series of plays based on the Western Canon or made some amazing scientific breakthrough or, in my case, published essays with a major publishing house.

And because pretty much everyone was phenomenally well-accomplished, very few people felt the urge to brag about this or that. So if you got a 1570 on your SATs, it wasn’t really worth talking about because you were likely to be speaking to someone who had not only gotten a 1600, but had also made some innovation regarding brain waves and robot arms.

I suppose I can’t speak about going to Yale without addressing the wealth and status of a lot of the student population. It wasn’t until I went to Yale, for example, that I met someone who introduced me to goat cheese for the first time; I had a roommate with a celebrity mother; I discovered, to my utter shock, that there were such things as $600 boots. Not everyone was like that, of course, but I will always remember the first trip I took to New York, and entering a brownstone with a doorman.

How do you think your college experience compared to those of your friends’ who went to state schools?I can’t really say for sure. I did go to a state school for graduate school, and it was a very good state school for the subject that I studied there. But there’s definitely a difference between the resources one can receive at an Ivy — or at least, at Yale — and the resources one can receive at a state school, if only because of the sheer differences in the size of the student body, money for equipment and visiting faculty, and personal attention from professors and deans.

How did you finance your education?
I’m one of those lucky people who didn’t wind up with student loans. I financed my education with a combination of scholarships, family donations, work that I did in high school and money that my parents had saved for me. Like I said, I was very lucky in that regard.

Did having these schools on your resume/transcript open doors for you?
I’m on the job market right now, and the fact that I haven’t been able to find a job might speak to this. I’m not saying that it hasn’t been at all advantageous to my goals, but there are limitations; having an Ivy on your resume might catch someone’s attention, but it’s what you do with that education that really matters, as corny as that sounds.

Would you recommend an ivy league school?I guess that I feel like this question is sort of like asking someone, “Would you recommend pickles?” All Ivies are different, for one. Yale is very different from Harvard or, say, Princeton, not to mention Brown or Dartmouth or Columbia. I’d say that what’s more important is to look very carefully past the Ivy label and at what you (the proverbial college applicant) are looking for in a college/university.

There are fabulous liberal arts colleges out there that are completely outside of the Ivy League bubble. I know people who went to Reed or Swarthmore who had a much more intellectually stimulating (and personally tailored) education than I did at Yale.

Any advice for other students looking to go ivy?
This is mostly advice for people who’ve decided that they do want to go to a particular Ivy, whether it’s because they love the Egyptology program at Brown or want to study at Yale with Harold Bloom (which is really difficult to do, by the way). It’s getting harder and harder to get into an Ivy, but I also feel that people — both parents and students — go about it the wrong way. I get so frustrated when I see parents pushing their kids to start practicing the SATs in seventh grade, or hire extremely expensive private tutors, or push their kids into speech and debate or various other clubs because they think that it will pad their applications.

Look: I know from both the admissions side of things and from the college guidance side of things that the kid who gets a perfect score on his/her SAT, wins Nationals in speech and debate, volunteers at the soup kitchen every weekend, and has a 4.0 GPA in high school is one of a very large number of other kids who have similar, if not the exact same, qualifications, and may very well not get into an Ivy at all. Which is not to say that those accomplishments aren’t great, but I sincerely feel that my unique background and accomplishments are what helped get me into Yale and other Ivies in the first place.

Did any of you go to Ivy league schools? Any questions for our Ivy league lass?